Steve Chapman is a successful singer, songwriter, recording artist and author who travels extensively with his wife, Annie, throughout America. They take along with them the great joy of sharing a unique blend of music and storytelling that is designed to encourage and uplift the family.

Along with his work as one half of the Steve & Annie Chapman duet, he is also an avid outdoorsman whose primary interest is in being a hunter. And it was his passion for engaging in what he calls, “the fair chase,” that lead to the writing of the many books for sportsmen and women that now can be listed to his credit.

In his words Steve describes the inspiration for his writing: “I began hunting in my early teens and I see it as an effective and adventurous way of gleaning a great source of food. But hunting has become much more than that to me. Years ago I discovered that not only can hunting yield nourishment for the body; there is also food for the soul and spirit that can be gleaned in the fields and woods. I call these finds, ‘the harvest of truths.’ The life-changing and character-building insights I’ve encountered while outdoors are the greater trophies that hang on the wall of my heart. It is these discoveries that fill the pages of my books.”

Along with these best selling books, Steve also penned a very helpful book for fathers called, 10 Things I Want My Son To Know. Though his stated goal is to use his writing skills to show others the “outdoor insights” he has discovered, the success of his books has yielded another opportunity that he could not have predicted. He reports, “Because of my obvious love of the outdoors that is revealed in my writing, I have been given many opportunities to speak and sing at events that are uniquely designed for those who also love the great outdoors. From events called, Wild Game Dinners to conferences for dads and children to weekend men’s retreats, I have been privileged to share the stories and songs that fill my books. While at these gatherings the most important message I offer to folks is that not only can they enjoy going out into creation, there is a greater joy in allowing the Creator to come into us through His Son!”

Steve’s roots are in West Virginia where he was introduced to hunting in the 1960’s. Since his marriage to Annie in 1975, he has lived in middle-Tennessee and is president of S&A Family, Inc, a company formed to produce and distribute the music and books that he and his wife, Annie, write and record. He is the father of two and now a grandfather who, in his words, is enjoying the “new fawns in the Chapman herd.”

“The folks who attended haven’t stopped talking about your presentation at the dinner event. We appreciate your willingness to speak from your heart and touch lives!”

“It was a pleasure working with you. Thank you for helping make our event a huge success. We’ve had only positive comments on the response cards and we’d like to ask you to come back for another event!”

“…entertaining, enjoyable, professional and helpful! I am thrilled we had an absolutely packed house. One guy said it was the first clear presentation of the Gospel that he’d heard in years at the dinner. It was a delight to “have you in the house.”

“Great job and great message last night at our ‘Outdoorsman Banquet.’ Many
people said you were the best speaker we’ve had. Your message was powerful.” 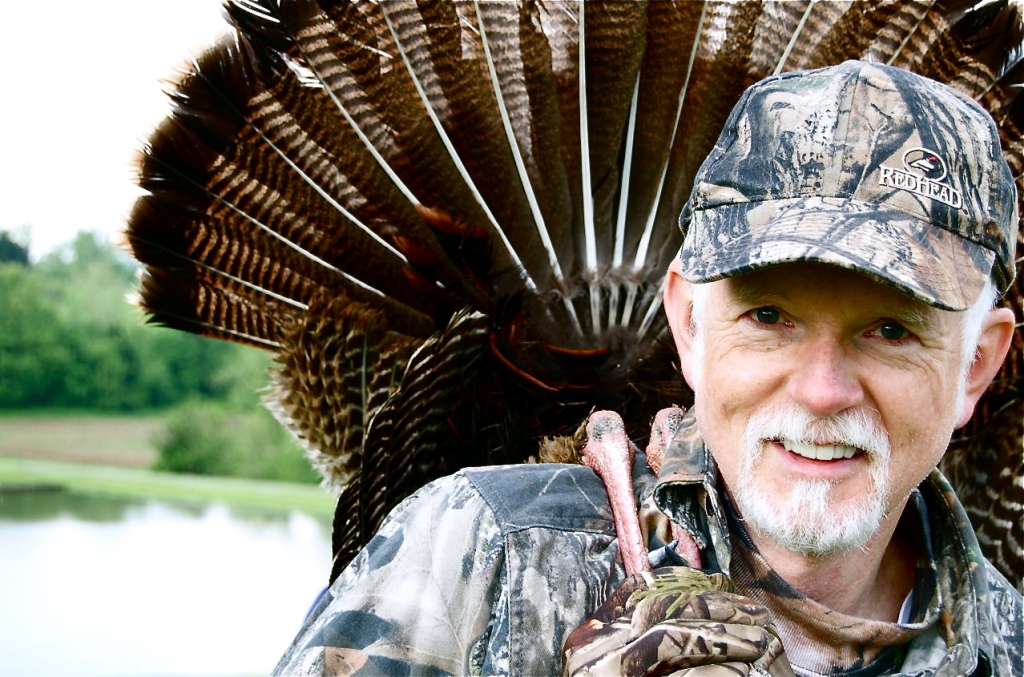 Steve’s live presentation includes some unforgettable components that can keep the listener’s attention. They are:

SCRIPTURAL TRUTHS THAT TRANSFORM. “For since the creation of the world His invisible attributes, His eternal power and divine nature, have been clearly seen, being understood through what has been made, so that they are without excuse.” (Romans 1:20) Using character traits from animals and other unique aspects of the world of the outdoors, Steve unveils ways that God’s attributes are revealed in nature and how man can personally benefit by applying them to everyday life.

THOUGHT PROVOKING LYRICS Example: “Talking man to man, heart to heart, it’s kept a father and son from drifting apart.” from the song: “Man To Man”- written by Steve.

HUMOR Example: “My son and I love to hunt and play golf because they are a lot alike. Both involve going to the woods and looking for something!” Steve

VISUAL ILLUSTRATIONS To illustrate certain concepts or just to entertain, Steve often uses video (DVD) clips, game calls, and other memorable props that are always a treat for the audience.

Steve is also the author of the following titles. 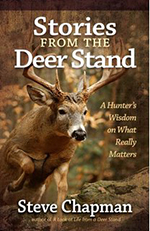 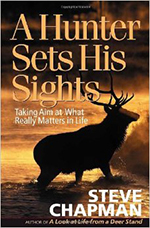 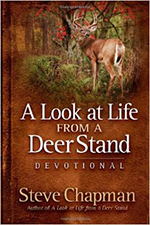 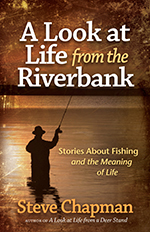 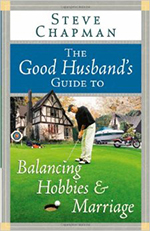 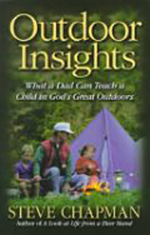