Her personal journey graced the covers of Today’s Christian Woman and Virtue magazine. Most recently Bonnie enjoyed singing with First Call for CCM United’s “We Will Stand” DVD. First Call has a new EP, ‘second birth’ slated for release in March 2016. Her background vocals can be heard on commercials for Pepsi, Dodge Trucks, Fritos, Wrigleys Gum and Coke, recording for Garth Brooks, Steve Winwood, Barry Manilow and Michael Crawford.

Psalm 34:18-19
“The Lord is close to the broken heart and save such as are crushed with sorrow for sin and are humble and thoroughly penitent. Many evils confront the consistently righteous, but the Lord delivers him out of them all.”

Enjoying a diverse journey in the arts, Bonnie produced/directed an tribute to the music of Broadway for Kathy Troccoli’s 2016 Among Friends cruise. She travels with Windborne Music’s “Tribute to the Music of Michael Jackson” and her theatrical highlights include roles with Nashville Shakespeare’s Festival, Studio Tenn, Blackbird Theatre and Playhouse Nashville. She also enjoys presenting her original two-woman musical, Women Who Dare To Believe with Nan Gurley.

Local therapy includes Nashville studio musician performances with The Eaglemaniacs and private vocal and scene study coaching. She is deeply honored to be part of the 2016 Easter presentation of “Saviour” and remains grateful to God for His ongoing mercies. 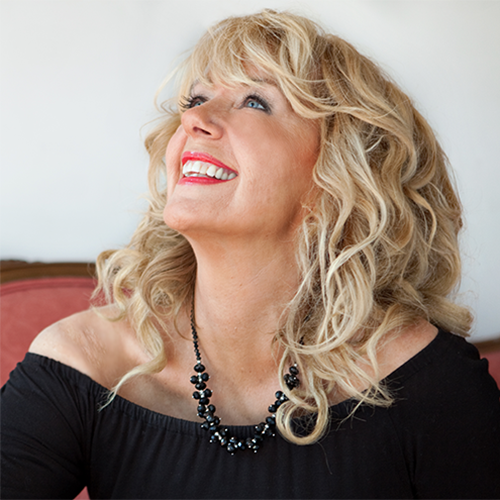 Close
So I’m diving in to tell stories from the women I come from using reader’s theatre, song with (literally) enter-active events.

Using women of all ages at each gathering, I believe the Word made flesh is most compelling when we testify, relive and revisit the stories of people of the Word, of our own histories and His story which is the greatest ongoing drama of all.”

“God used music and theatre arts to break into my heart at a young age, to break through darkness, dead religion and give voice to the active love and vivid Person of Jesus. I’m more passionate than ever about using the arts to shake up our preconceived ideas about God, to spark our imagination to dream how great and high and wide is the love of Jesus, to let Scripture breathe truth into our deepest longings.